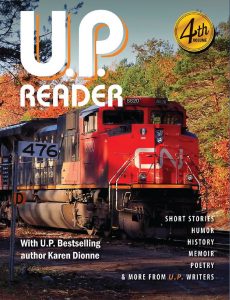 This fourth annual showcase of the best short works by U. P. writers once again entertains, enlightens, and most importantly raises the awareness of the literary talent to be found north of Big Mac. The 45 pieces included here include U.P. history, poetry, short stories, reportage, humor, biographical essays, a U.P. notable booklist, and section of award-winning essays by young people.

I was delighted to see Larry Buege has once again climbed aboard his literary hobby horse and describes a homeowner’s confrontation with an infestation of the Amorous Spotted Slug (A.S.S.). Larry has been writing about A.S.S. in earlier U. P. Readers in a noble but fruitless effort to make these gastropod mollusks Michigan’s state slug. I would also like to encourage Buege to write about the whale sightings in Lake Superior and take up the equally important cause of naming a Michigan state whale.

There is a transcript of a talk by Karen Dionne, author of the “Marsh King’s Daughter,” in which she recounts her journey from being a moderately successful author of two environmental thrillers to the wildly popular author of the above book. Her talk also gives tips to would-be novelists and what she learned about writing that led to being a bestselling author. The Whiteout by Rich Hill tells the dramatic story of his friend Allen who went ice fishing on the great lake and couldn’t find his way to shore when a whiteout struck and died.

A most unexpected and fascinating piece by Deborah K. Frontiera tells the story of the formation of U. P. sandstone, most of which is told from the stone’s point of view. Over the course of a million years and tons of pressure, the deposited sand became sandstone. In the 1800s it was mined and shipped to Calumet where the stone was used to build St. Anne’s church. The sandstone has seen the church sold and turned into an antique shop. A few years later the building was bought with donations and with a state grant was beautifully restored and became the Keweenaw Heritage Center. Other works describe shipwrecks and heroic rescues, a tribute to a father, the descent of a mother into dementia, and the story of a U.P. deer camp.

There is a lot to enjoy in this fine collection of short works by a surprising abundance of very good writers found north of the Straits of Mackinac. 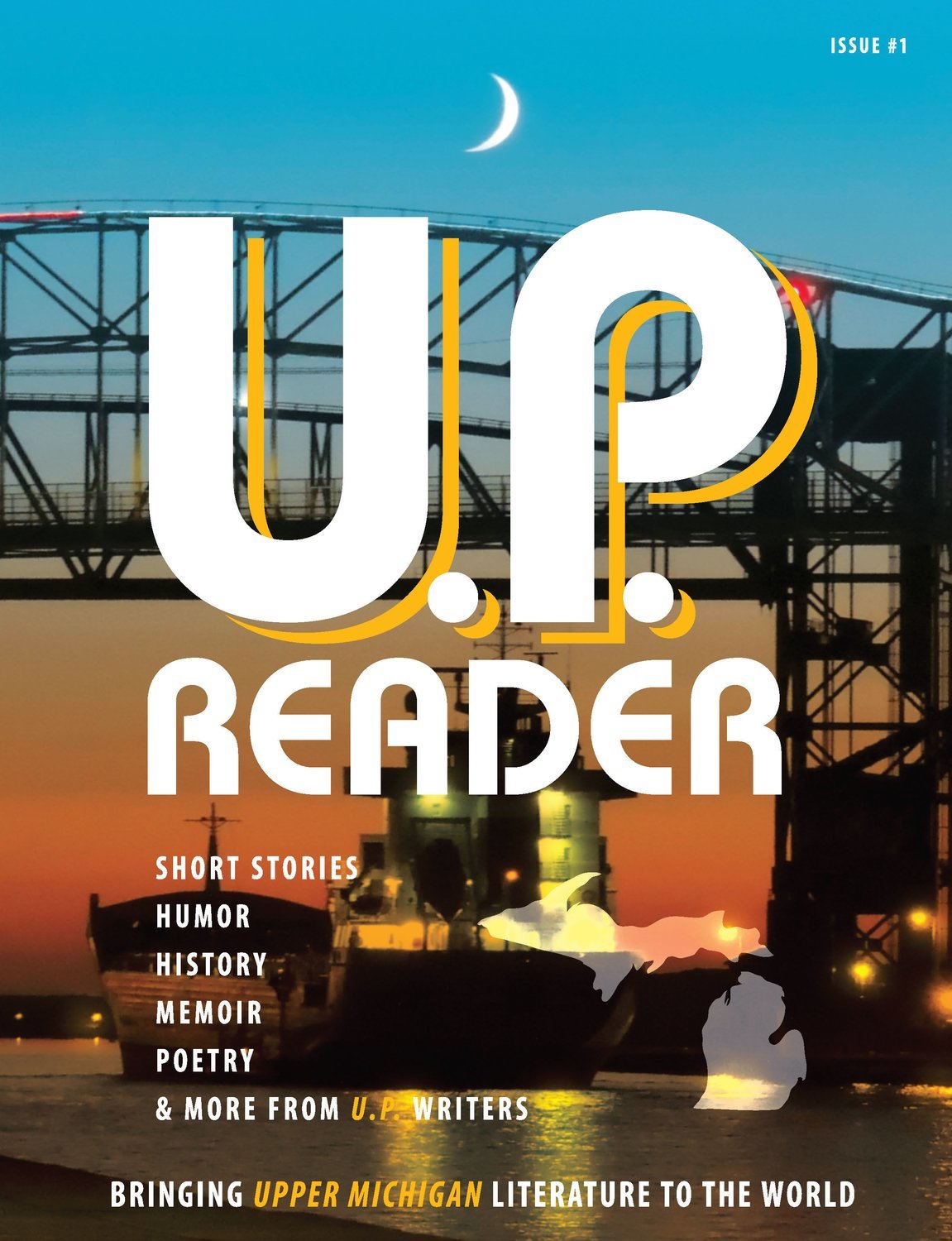 Michigan’s Upper Peninsula is blessed with a treasure chest of writers and poets, all seeking to capture the diverse experiences of Yooper Life. Now U.P. Reader offers a rich collection of their voices that embraces the U.P.’s natural beauty and way of life, along with a few surprises.

The twenty-eight works in this first annual volume take readers on a U.P. Road Trip from the Mackinac Bridge to Menominee. Every page is rich with descriptions of the characters and culture that make the Upper Peninsula worth living in and writing about.

Whether you’re a native Yooper or just wish you were, you’ll love U.P. Reader and want to share it with all your Yooper family and friends.

“Share in the bounty of Michigan’s Upper Peninsula with those who love it most. The U.P. Reader has something for everyone. Congratulations to my writer and poet peers for a job well done.”
— Gretchen Preston, Vice President, Upper Peninsula Publishers and Authors Association

“As readers embark upon this storied landscape, they learn that the people of Michigan’s Upper Peninsula offer a unique voice, a tribute to a timeless place too long silent.”
— Sue Harrison, international bestselling author of Mother Earth Father Sky

“I was amazed by the variety of voices in this volume. U.P. Reader offers a little of everything, from short stories to nature poetry, fantasy to reality, Yooper lore to humor. I look forward to the next issue.”
— Jackie Stark, editor, Marquette Monthly

“Like the best of U.P. blizzards, U.P. Reader covers all of Upper Michigan in the variety of its offerings. A fine mix of nature, engaging characters, the supernatural, poetry, and much more.”
— Karl Bohnak, TV 6 meteorologist and author of So Cold a Sky: Upper Michigan Weather Stories

Save this product for later

This site uses Akismet to reduce spam. Learn how your comment data is processed.