Home About Mikel B. Classen

About Mikel B. Classen 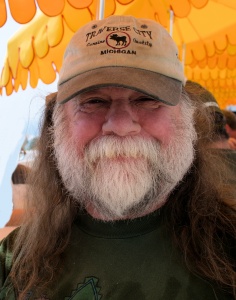 Mikel B. Classen has been writing about northern Michigan in newspapers and magazines for over thirty-five years, creating feature articles about the life and culture of Michigan’s north country. He’s written about Upper Peninsula history, travel, outdoors, the environ­ment and many other subjects. A journalist, historian, photographer and author with a fascination of the world around him, he enjoys researching and writing about lost stories from the past. Currently he is Managing Editor of the U.P. Reader.

Classen makes his home in the oldest city in Michigan, historic Sault Ste. Marie. He is also a collector of out-of-print history books, historical photographs and prints of Upper Michigan. At Northern Michigan University, he studied English, history, journalism and photo­graphy. He lives with his wife, Mary L. Underwood, and his Labrador retriever, Gidget.

To learn more about Mikel B. Classen and to see more of his work, go to his website at www.mikelclassen.com